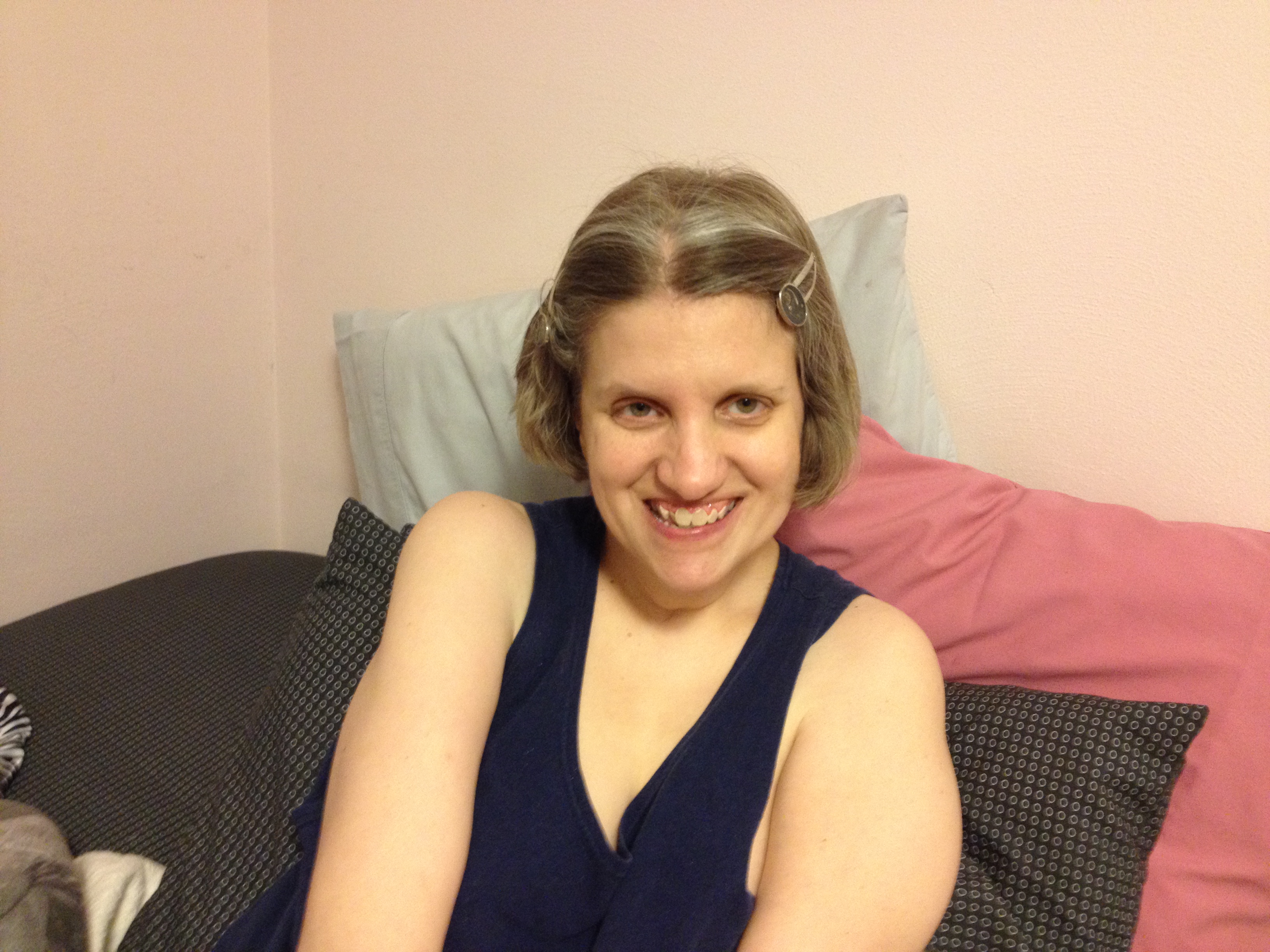 Jenny is a wonderful kind person who had to overcome numerous health-related obstacles in her life. When in her twenties, she was diagnosed with fibromyalgia. Then in 2008, she was in a serious car accident, and has suffered seizures ever since. Then in 2013, she discovered that she had Chronic Myeloid Leukemia. Her oncologist prescribed chemo for her to take in pill form, but every kind of chemo caused her to have terrible side effects. She finally decided that quality of life was more important, so she longer took the chemo.

Jenny loved people and was friends with many people through her Facebook Group NEED TO KNOW, and Faith Hunter's Facebook group Beast Claws. She also loved dogs, especially her pet beagle, Mindy, as well as the German Shepard mix who lived next door, Kitts.

Here are photos of Jenny, and her friends, both human and canine! Jenny and her favorite author, Faith Hunter, at ConCarolinas Jenny and the overgrown puppy from next door, Kitts! Jenny and my friend's dog, Sugar Jenny and I and our friend Kelly at ConCarolinas Jenny and Kitts after Kitts took revenge on his owner 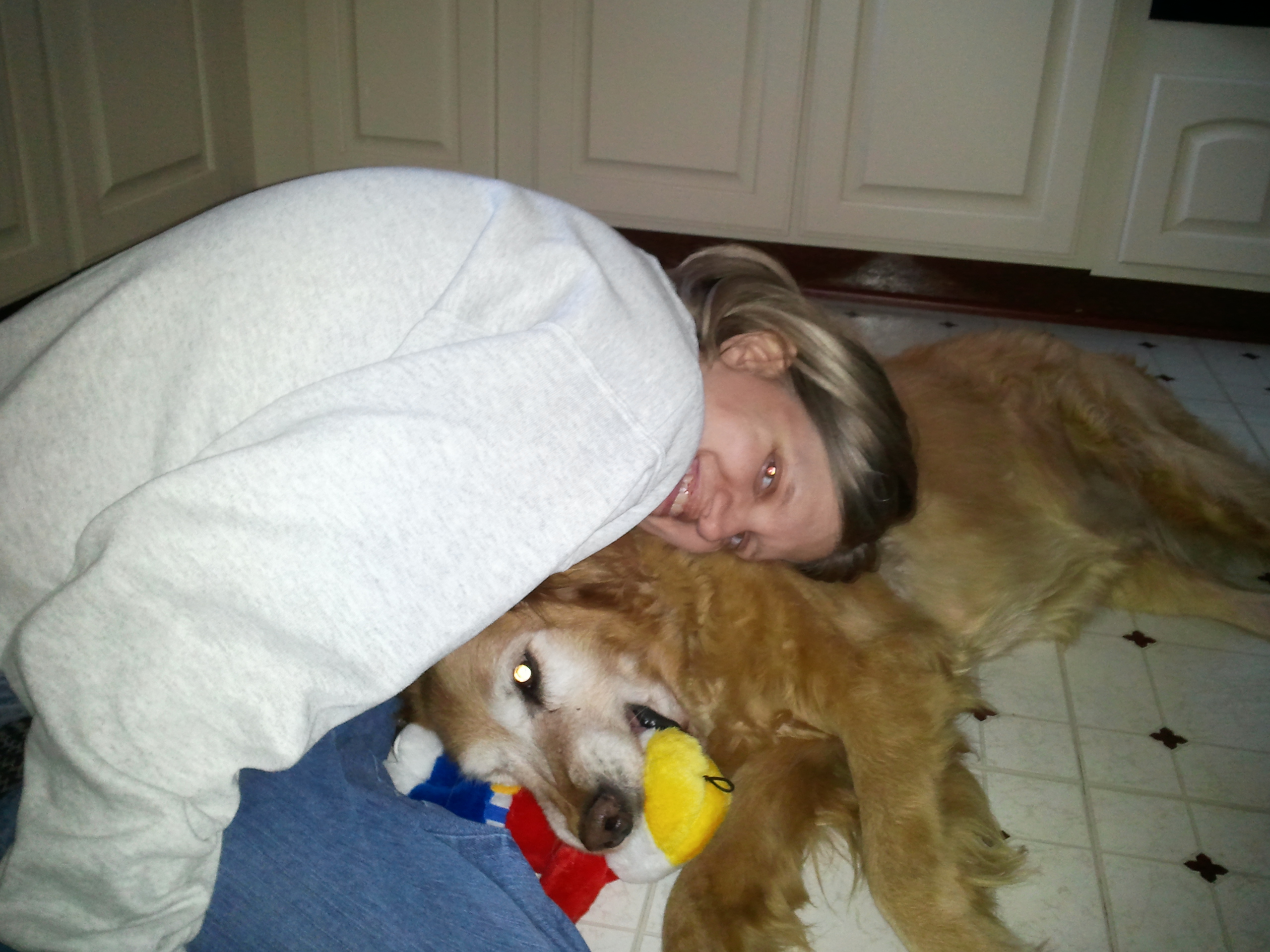 Creeper, the older lab mix that lived next door. Sugar and both dogs from next door